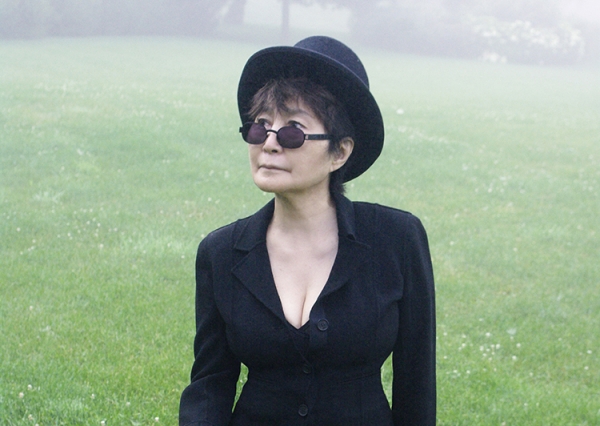 Born in Tokyo in 1933. After studying philosophy in Japan, she moved to New York in 1953, and in the late 1950's, she was active as a leading figure in avant-garde art in New York. From the beginning of her career as an artist, she has opened up the imagination of viewers as a conceptualist, and has produced works that challenge understanding of art and the world. Today, she is active in the wide range of artistic activities, including radical films, music, recordings, concerts and performance art. Ono created IMAGINE PEACE TOWER in 2007 as a permanent installation on Vizsay Island, Iceland, dedicated to the memory of her late husband John Lennon. She continues to work tirelessly for peace with her "IMAGINE PEACE" campaign. In 2009, she received the Golden Lion for Lifetime Achievement at the Venice Biennale, and in 2011, she received the 8th Hiroshima Award as "an artist who contributed to the peace of mankind in the field of art.” Over the course of her long career, Ono has exhibited at numerous museums all over the world, and in 2022, she will have exhibitions in Zürich, St. Louis, Missouri, and Kaunas, Lithuania, among others. 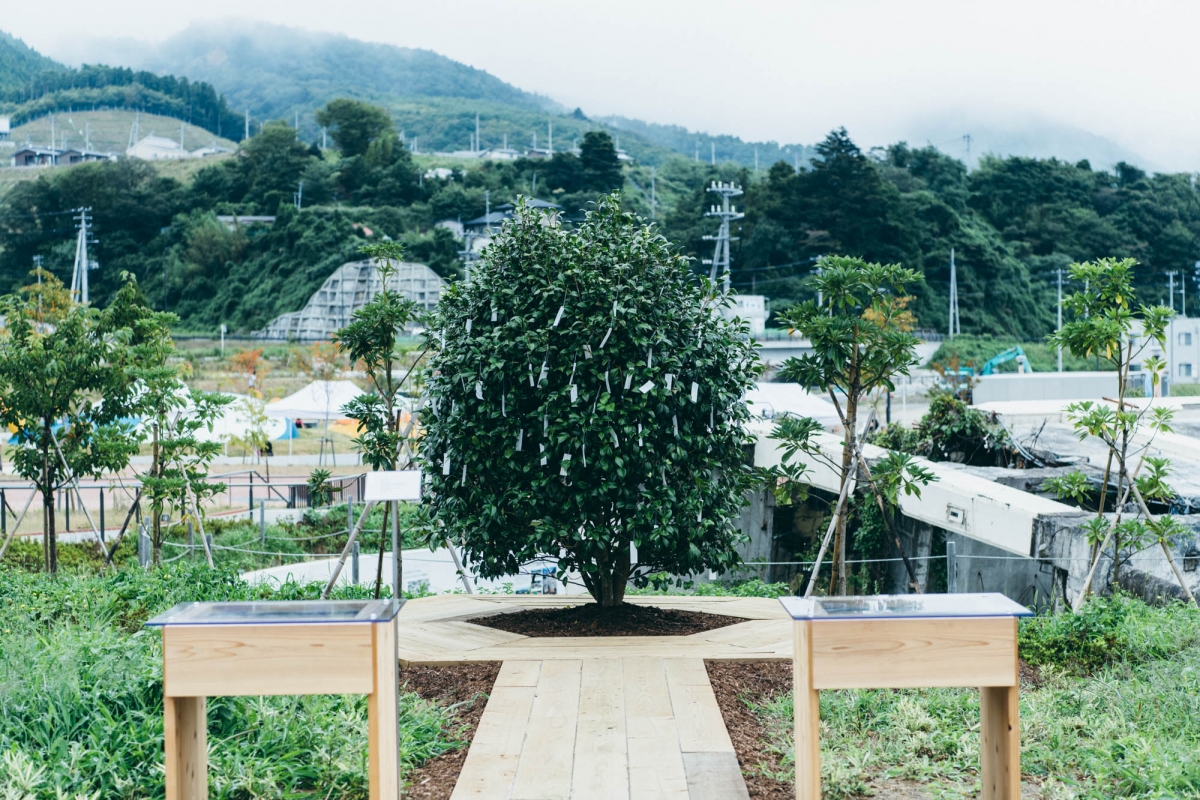 "Wish Tree" is a series of participatory artworks that Yoko Ono has created around the world. People write their personal wishes on strips of paper and tie them to tree branches. More than one million wishes have been collected so far, all of which are stored in the Wishing Well at the IMAGINE PEACE TOWER in Iceland. The former site of Onagawa Police Station, destroyed in the tsunami caused by the Great East Japan Earthquake, is preserved as a legacy of the disaster with the hope that people living in the future will not experience the same sorrow. At this place, visitors can write a wish on a strip of paper and tie it to a tree. The memories of the earthquake, the sea, the sky, and the camellia tree covered with people’s wishes are integrated into the landscape.