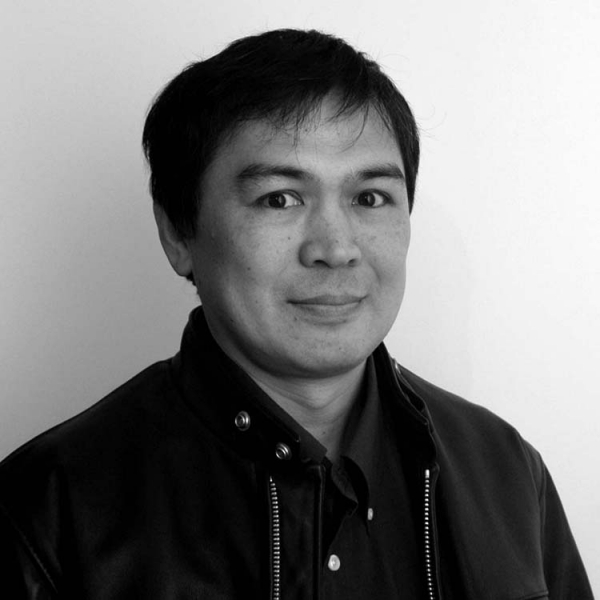 Sculptor. Born in Edogawa Ward, Tokyo in 1967. Graduated from the Department of Sculpture, College of Art and Design, Musashino Art University. Associate Professor, Department of Sculpture, Tokyo University of the Arts. He is known for using the method when making the three-dimensional form called “inkoku chuzo (hollow-relief casting)” in which he makes a female die only by pushing clay with his fingers. Since childhood, he has suffered from an obsession about his existence and to deal with it, he has continued to accumulate the excessive quantity of evidence. The enormous amount of work and the large scale, such as 5-meter battleship Minsk (2004) and 6-meter giant Crash Sayla Mass (2005), impress us with the overwhelming existence. He also creates ink wash painting and oil painting. In his solo exhibition held at Yamamoto Gendai in 2016, he presented REM (Rapid Eye Movement) in which the viewer wears a head-mounted display to visually ‘experience’ the group of figures made in 3DCG. 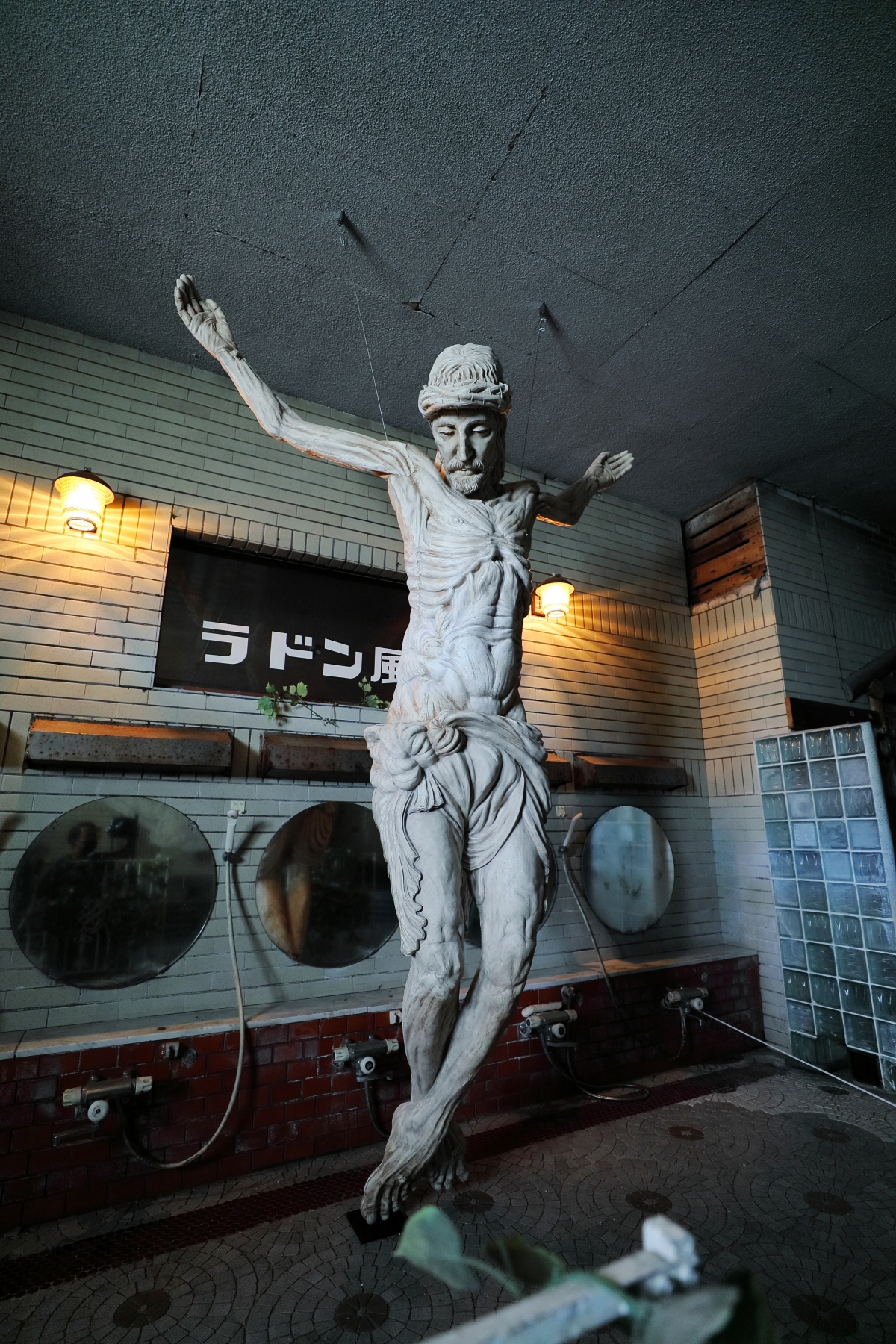 Using his unique method called “inkoku chuzo (hollow-relief casting)” in which he makes a female die only by pushing clay with his fingers, Yasuyuki Nishio is known for his large-scale, three-dimensional sculptures that involve an enormous amount of labor and have an overwhelming presence. For this exhibit, he presents two sculptures: the three-meter Crucifixion and the relief work Old document box for picture scrolls. Nishio created both artworks inspired by various narratives and beliefs generated by the human imagination. By exhibiting these two works at the former site of a radon bath, which became popular in Japan due to beliefs in its health benefits, Nishio poses questions about how humans “believe” in something and about their desires and pleasures that are derived from fear and attachment.