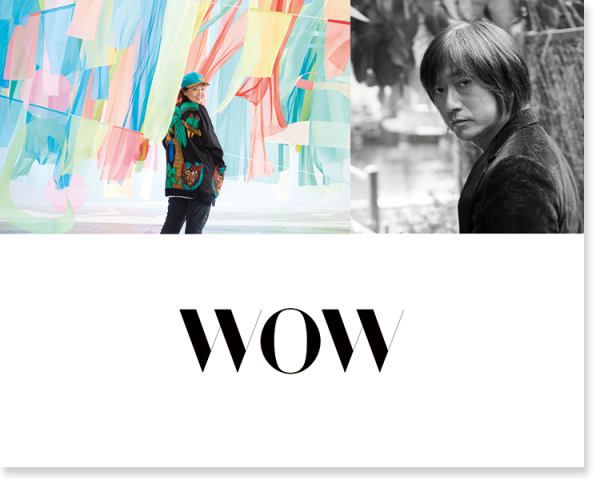 Chie Morimoto
Born in Misawa City, Aomori Prefecture in 1976 and grew up in Tokyo. Graduated from the Department of Visual Communication Design, Musashino Art University and joined Hakuhodo Inc. Founded goen° with the motto “Find encounters. Make dreams come true. Connect people.” to work on designs that are closer to the core of one’s life. Now being a mother of one child, she expands the area of her activities. She has created visuals and directed Masaki Suda and Nana Komatsu in “niko and ...,” planned and directed the commercial of SONY “make.believe” and fashion brand Kumikyoku, was involved in activities of “Relay of Songs,” the advert by SUNTORY for the reconstruction support of the Great East Japan Earthquake, directed and held workshops for “let’s create art with children in Ishinomaki” project by Reborn-Art Festival x T Card in 2017~2019, and worked on advertisements and visuals for the film Otoko wa tsurai yo 50: Okaeri Tora-san directed by Yoji Yamada, followed by Kinema no Kamisama to be released this summer.

WOW
WOW is a visual design studio based in Tokyo, Sendai and London. They We are involved in a wide field of design from advertising and commercial works to installation works for exhibition spaces, and also invent new user interface designs for prominent brand names. They We are also very passionate about creating original art works, holding exhibitions not only in Japan but also internationally. They We are continuously discovering the tremendous possibilities of visual design, and the visual designs that are useful for society bring out the best talents of each artist and designer.

Takeshi Kobayashi
Musician and the director of AP Bank. Takeshi Kobayashi has produced the albums of many of Japan’s leading artists. He has also written the scores for several films, including Swallowtail and All About Lily Chou-Chou. He established the non-profit organization AP Bank in 2003. Starting with the provision of loans for environmental projects, AP Bank has also organized the outdoor music event ap bank fes, and continues to support regions affected by the Great East Japan Earthquake. Kobayashi also runs a farm KURKKU FIELDS in Kisarazu City, Chiba Prefecture, and is developing a project that aims to visualize the circulation of food. He has served as the chair of the executive committee and production committee for the Reborn Art Festival, which supports reconstruction efforts for the Great East Japan Earthquake. For the Reborn Art Festival in 2017, he co-produced the installation work D.E.A.U together with visual design studio WOW and balloon artist DAISY BALLOON. 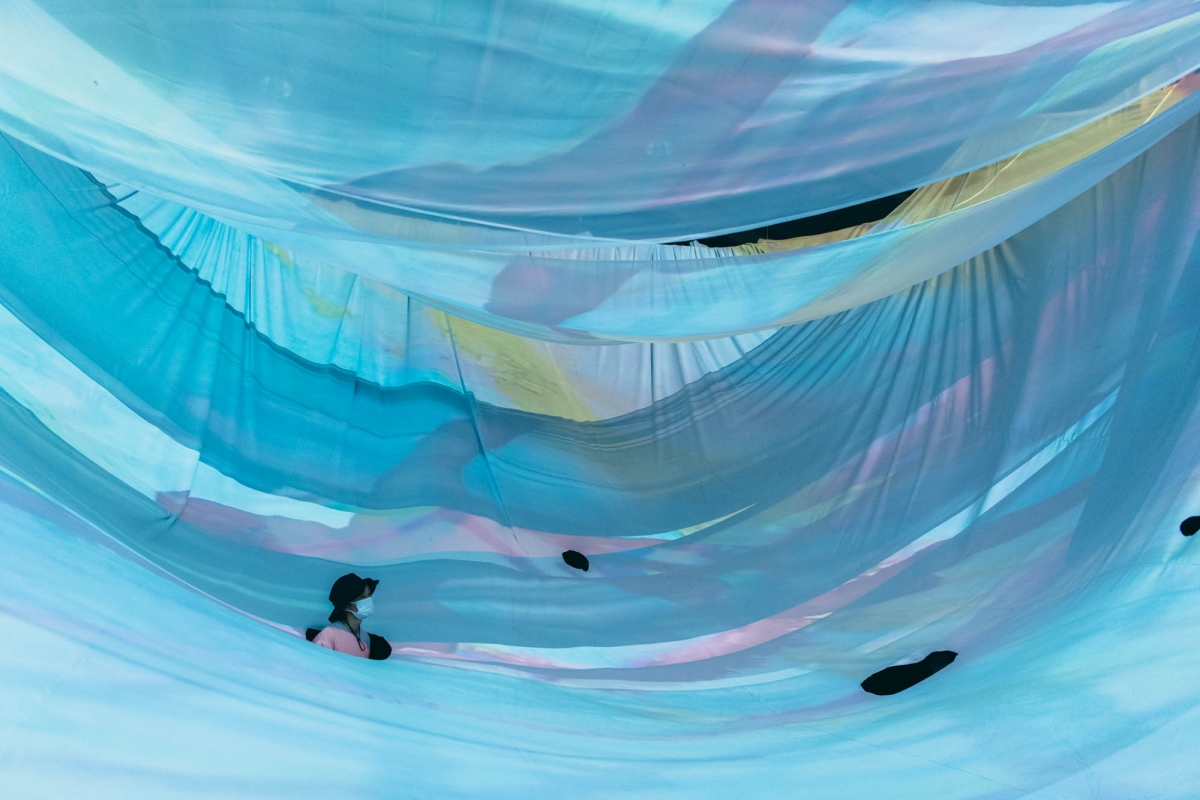 This is an installation created by the art director Chie Morimoto, visual design studio WOW, and musician Takeshi Kobayashi, based on the song of the same name. “While the song forgive was born when the ten-year anniversary of the Great East Japan Earthquake coincided with the extraordinary circumstances that people find themselves restrained by due to the COVID-19 pandemic, this collectively made installation aims to reproduce the song in a physical space. I hope that visitors will feel prayers and reverberations in an altruistic space attempting to overcome divisions, along with hearing the call ‘enya kora’ that motivates us to move forward toward the fluid and uncertain future.” (Takeshi Kobayashi)