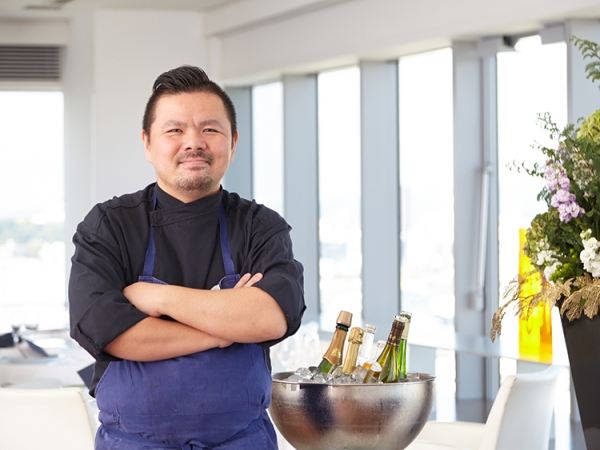 Born in 1975 in Yamanashi Prefecture, Junya Teshima began his training at the age of nineteen at a local restaurant. He moved to France in 2002 to study under the chef Ken Yoshino at Stella Maris in Paris. He spent the next five years mostly in Paris, gaining experiences at Michelin’s three-, two-, and one-starred restaurants as well as bistros and casual eateries, learning a wide range of French cuisine and culture. Teshima returned to Japan in February 2007, and took up a position of head chef at Restaurant Tateru Yoshino Shiba at Shiba Park Hotel. In September of the same year, he became the head chef of hôtel de yoshino in Wakayama Prefecture, making it a popular restaurant that attracts customers from all over Japan. In 2020, he published a book on French cooking techniques, French Cooking: Exploring the Royal Road (Shibata Shoten). While the trend in haute cuisine is increasingly focusing on the individual style of the chef, rather than a national cuisine, he intentionally sticks to French cuisine irrespective of his Japanese nationality, and remains constantly in search of what makes a dish taste good.