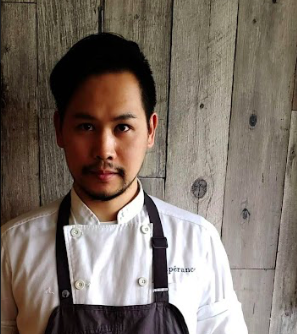 Born in Chiba, Hiroshi Kayamori honed his craft at numerous restaurants in Tokyo before moving to France in 2006. He flexed his skills at the one Michelin star restaurant Le Clos Saint Pierre, located in a suburb of Nice in Provence, and then returned to Japan four years later. He subsequently trained under the chef Kazunori Otowa at Otowa Restaurant in Utsunomiya, Tochigi. Kayamori opened his own restaurant, L’esperance Kayamori, in his hometown of Kashiwa, Chiba, in 2016. With the aspiration of providing local produce for local consumption, he endeavors to offer Provençal cuisine with abundant local vegetables and seafood.